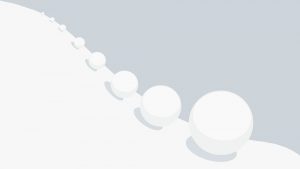 The silence on this blog (as well as others that I write) has been due to a whole host of circumstances, and those circumstances are the subject of this post.

I’d like to introduce a term in higher education—the snowball effect, which is a cumulative intersection of events that negatively impacts a person’s schedule so that everything piles up at one time, and a defining characteristic is that often, one doesn’t even see it coming until you’re buried underneath it.

In survey research, there is a sampling technique referred to as snowball sampling. The purpose of this technique is to build up research participants like a snowball rolling down a hill; the snowball gets bigger as it rolls and collects more snow. In snowball sampling, researchers rely on participants to help recruit other participants for a test or study. So if each study participant forwards a request to five other people and those five people send it to another five people, eventually a whole of people will h

In this case, however, the snowball effect isn’t a positive effect, but it works in the same way. While July is a cruel time, October is a painful time. This time of the term means all sorts of things start to accumulate and require attention: different types of letters due; often due dates for collections or special issues are due at this time; job market folks feel this time intensely as the first round of applications are due; the first round of student papers and projects are due; committee work intensifies; advising has to be done, and on and on. All of that is on top of the usual schedule of things such as keeping momentum on your writing projects and as importantly, keeping some balance in your life.

About a week ago I realized that added to the normal ebbs and flows of the term, I was way under the academic snowball effect. When a number of things that should have been done have lingered into the fall and where all the things that are normally due in October are still due AND there’s a whole slew of things that I am still having to deal with, well, I am not the only one experiencing this phenomenon. 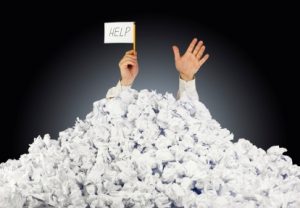 It truly feels like I am under a 1000lb snowball. I have written and talked a lot about the need for balance  in our lives where we need to not work all the time. Included in those conversations, however, is the reality that sometimes life will conspire and things will happen where you have to work more than you want or should.

Sometimes these things are unavoidable. It’s a good moment to remind everyone that even the best laid plans go awry, and unfortunately, sometimes there is just no way around it. And keep in mind that I am sitting in a privileged position with few true real demands on my time. But I feel this way because I continue to be an active researcher with lots of collaborators and lots moving parts in my administrative, service, and teaching life. All of those factors have combined to bury me under the proverbial snow.

So here is how I am getting out the snow drift and trying to reclaim control over my own life:

Take a step back and reevaluate

If you’ve been keeping a schedule and trying to be realistic, it will still come as a surprise when you realize that you are buried. Even with the best laid plans sometimes you cannot control all the variables and after a week or so of things just not going right, the next thing you know you are in scheduling hell and completely buried. 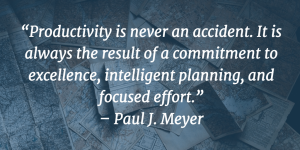 Let me give you an example. I have been working for over two years with a group of folks. The writing portion of that project morphed from one manuscript to two and then it was delayed for all sorts of reasons and then we were given a hard due date (which are dates that when not met negatively effect a whole of people and can hold up production of printed things). Since we all still believe in the project, but also need it to end, we agreed that it needed to be a priority.

So this research project was the focus of my research work, while I also looked to prioritize all the other things. What’s an example of other things? Students is the answer. This is the time of the year when students need to be advised to prepare them to register for spring. Graduate students in particular need an intense amount of time not only for the practical specifics of registrations, but also to continue (or start) conversations about how to think strategically about their careers, discussions about next steps and interests, and on and on.

Other priorities are anything with firm due dates. Look at ALL of them and then figure out if it is possible to manage them or if you need to professionally back out or ask for more time. See next section.

Everything else can wait. Even things that mean a lot to you.

The propensity in higher education is to just ignore the hard things and not tell folks what is going. There are so many jokes about never answering emails that it makes my professional heart hurt. Please do not misunderstand; I know EXACTLY how things happen where it takes a year (a literal year) to respond to a message. But when the snowball effect arrives, not letting people know just adds to the stress and compounds the problem.

So take a deep breath, and send those message or make that call. You will likely be surprised how supportive and understanding people are. I just did this the other day and lo and behold found out that most contributors were having their own snowball effect so we’ve all agreed to a new timeline.

Ask for help and/or delegate

Asking for help or delegating tasks is the most variable of the suggestions because it is hard to provide specific examples because of the diverse nature of our jobs and the diverse nature of the causes of the snowball effect. But I included it here because sometimes just talking through all the things you need to do will help you see the full picture more clearly. That is an easy way to ask for help.

Other suggestions in this category include potentially bringing on a collaborator to a research project (particularly if it is someone you trust who will be a help rather than a hindrance); asking colleagues to step in and take on discreet parts of service roles; conferring with your chair about a fuller understanding of priorities and responsibilities; and simply letting some things sit until the snowball effect passes.

October is hard. This is job is hard. But it can be made easier when we take the time to reflect, re-set our schedules and priorities, and try to be as efficient as possible. And it’s time to sort of re-start again.

It’s a good thing to remember that October will pass, and the snow always melts.

Wishing you health, peace, and joy. 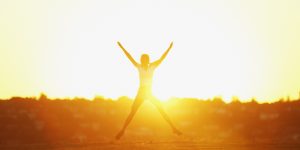